Twin-lens reflexes bearing the Minolta name had been offered as early as 1937, starting with the Minoltaflex (I). However, by the mid-1950s, the Japanese TLR market had become quite crowded. The Minolta Autocord series was an effort by Chiyoda Kogaku Seiko, K.K. to compete in the premium-quality segment of the TLR market.

The Autocord series went through a large number of minor variations during its lifespan between 1955 and 1966—at least 17, by one count.[1]

All shared a number of desirable features: crank film advance with automatic shutter cocking and frame counting; a highly regarded Tessar-type 4-element Rokkor f/3.5 lens; self-timer; slow shutter speeds, down to 1 second; and an override button, allowing the advance crank to rotate backwards and cock the shutter without advancing the film, permitting double exposures. Early Optiper shutters only had speeds to 1/400 sec., but this was increased to 1/500 in later versions.

These features compared well with a Tessar-equipped Rolleiflexof the day, yet Autocords sold at a subtantially lower price. Both meterless models and ones including a light meter (originally selenium; later, CdS) were offered in parallel throughout the series.

Many versions of the Autocord feature some form of EV number scale around the taking lens to assist with exposure settings. Some metered models use a quirky system where the shutter and aperture indicators each point to a different row of integers; the photographer was intended to mentally add these two numbers until they equaled the EV indicated on the light meter. A 1957 magazine ad proclaimed, “Your wife or child could have done it—even without looking at the f/stop or shutter speed numbers.”[2] Despite this appeal to the male ego, the system was never adopted by any other camera maker, and no doubt perplexes Autocord purchasers today who are missing the original manual.

Autocords use a focus lever that protrudes from below the lensboard. Some photographers have noted the ergonomic advantage of this design compared to knob-focusing TLRs such as the Rolleiflex, as it is not necessary to shift the camera between hands for focusing versus winding. But the metal of the Autocord lever is brittle and vulnerable to breakage—the one notable weak link in these otherwise excellent cameras. This focusing mechanism is also found on all postwar Flexarets, beginning in 1945, according to McKeown.

This Minolta Autocord I is a late model among the popular Autocord series of TLR (Twin Lens Reflex) medium-format cameras. It was first introduced in 1965. This meterless camera is equipped with a Citizen-MVL shutter and a Minolta Rokkor 1:3.5 f=75mm taking lens.

The photos below are my Minolta Autocord RG Version 1, Enjoy!! 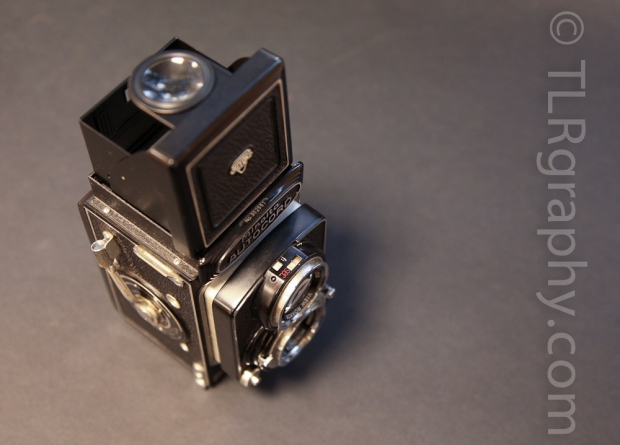 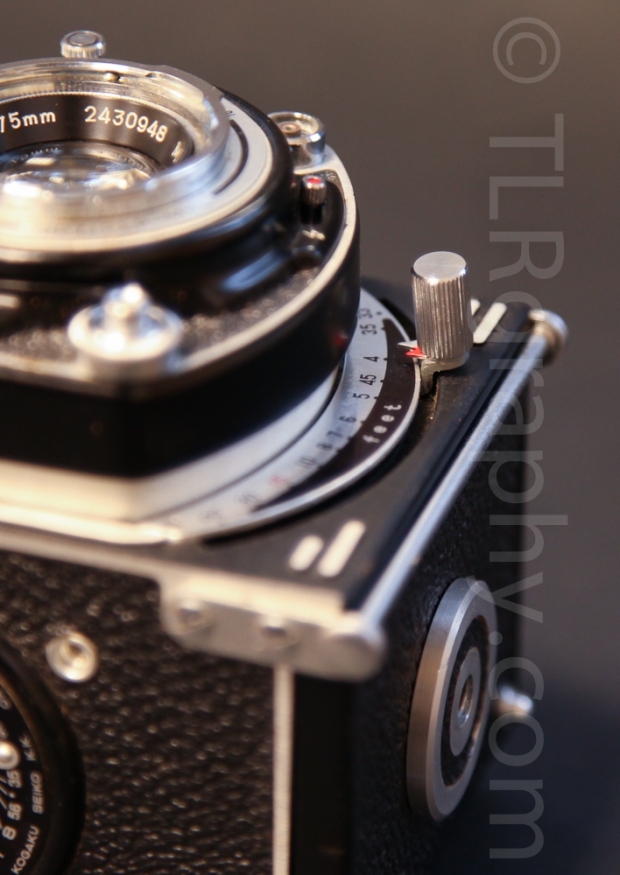 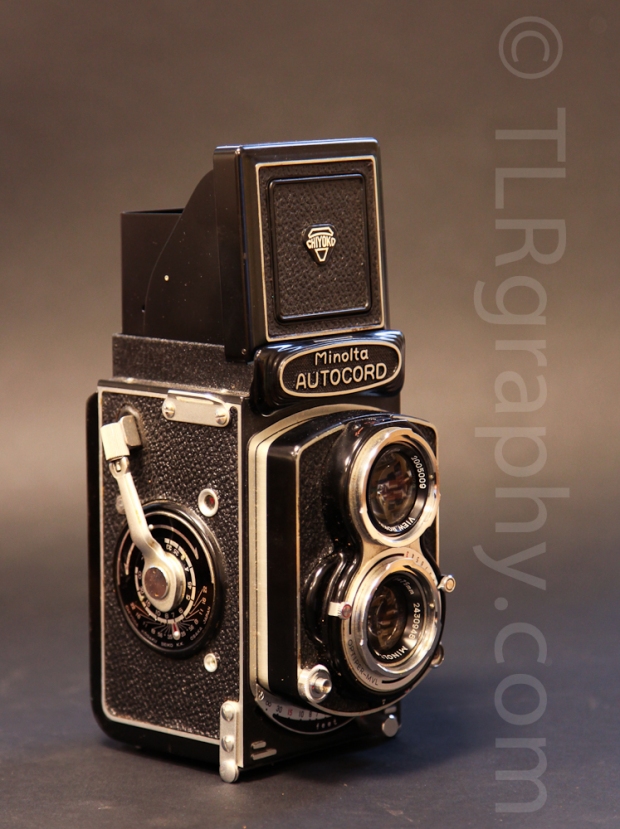 let me know if you are interested in getting this camera